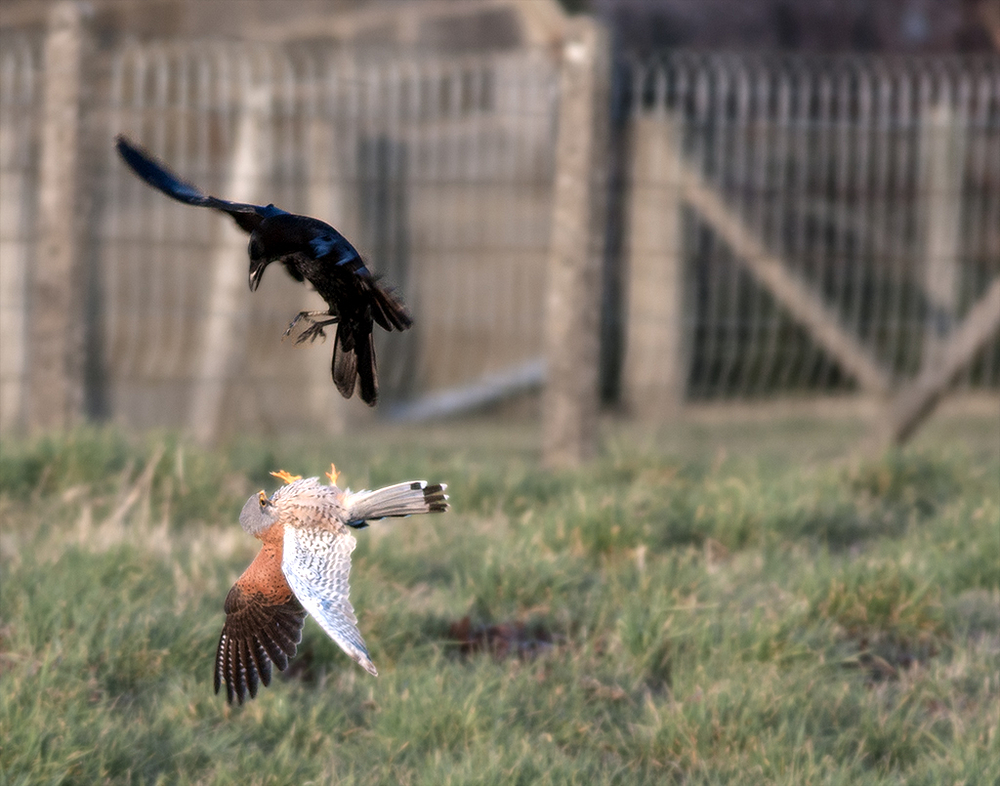 The Battle of Dark and Light (revisted)

After posting last Friday's photo of a kestrel and crow, I revisited an image I posted back in March of the same birds.

This time I was trying to better isolate the action while leaving some space to show the larger scene. I also flipped the image horizontally which I think pulls the viewer more into the action and the line of the crow.

I also desaturated the background grass some and blurred it a bit more to bring more attention to the birds.

The original image, while taken with a 400mm lens, was still a distance away from the action. Thus my decision to crop in tighter on the birds.

What do you think?

Oh, yes, this conveys the action so much more strongly than the earlier version. Very dynamic moment.

Wow! What a tremendous action shot.

@Sam Ortallono: A story of deadly battle... or bored aerobatics

Without question, the cropped image is by far the better version. It focuses on the important action.

@Steve Rice: Thanks Steve. Do you think this one has too much empty space on the left and could be cropped further?

This is a magnificent image of these birds. Very nice work.

This image has been featured in 1 Remix collection.