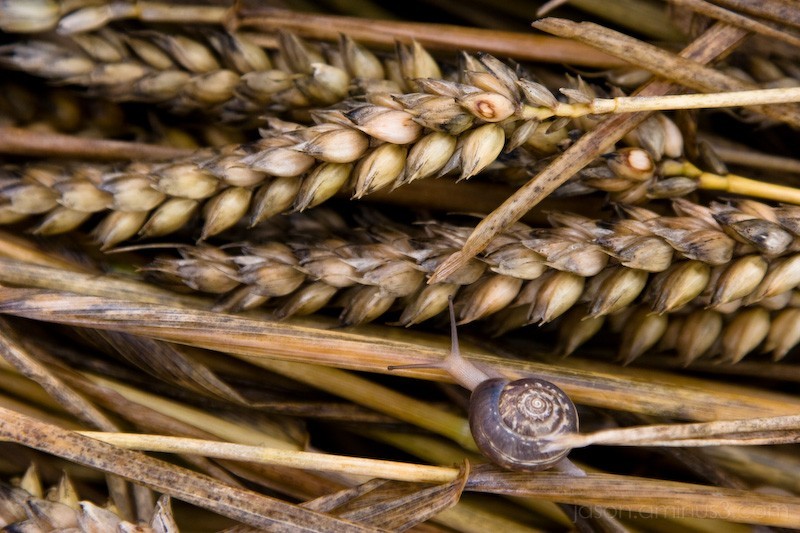 While visiting some crop circles in the UK last week we found this little snail in the pressed down wheat.

The geometry and relation of the patterns in many crop circles incorporate the golden ratio, derived from the Fibonacci sequence also referred to as sacred geometry. The spiral in this snail shell is also an illustration of this pattern or ratio.

The snail served as another metaphor to me to slow down and process rather than continuously rushing from one thing to another.

I love that graphism, I see through your photos that you really have "the eye" you feel the photos very much! There is the graphism of wheat-ears on the snail shell too! I love the colors and the contrast between the rounded of the snail and the ligns of the wheat! Love it!

Crop circles? Too cool!! I really like this image... to me it's the small going on about their lives just trying to stay clear of the giants.

So cool!!! I love snails! I think they are cute in a strange way. Great photo!

Love the warmth and detail.